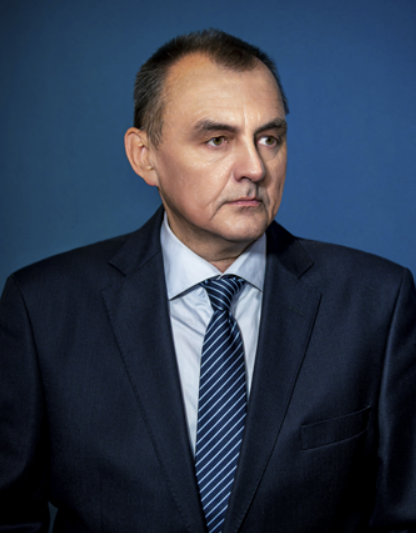 The most pressing problems of surgery remain infections of the skin and soft tissues. According to expert estimates, since the 1990s, more than 12 million patients with bruises, wounds, dispersions, up to 3 million victims – with broken limb bones, about 1.5 million – affected with thermal burns have been registered in Russia every year. It is known that up to 30% of them need specialized surgical care due to developed gneugn changes.

The effectiveness of the first bandage is determined by the subsequent course of the wound process.

In the context of emergencies and terrorist acts resulting in massive sanitary losses, adequate first aid is a decisive factor. A significant number of victims are taken to hospitals late, with contaminated wounds, which reveal the ground, scraps of clothing, naked bone fragments, etc. Numerous studies have found that damaged bone structures, joint surfaces, tendons, muscles quickly dry up.

The absence of early local antibacterial effects leads to gout and prolonged healing of wounds by secondary tension, requiring considerable effort and expensive antibiotic therapy. In conditions of blood loss, lack of medical means and time, belated treatment of wounds against the background of systemic inflammatory response, even limited gout is often accompanied by the development of sepsis and death. In other words, the effectiveness of the first imposed
the bandage determines the entire subsequent course of the wound process.

The main cause of the existing problem in any dramatic situation is the lack of a universal service tool in the first aid kits and stylings, which has antimicrobial
effect and protect the wounds from drying out.

The effectiveness of the innovative Russian first aid drug "Eplan" ®, which can be used in any situation with the imposition on any contaminated wounds, which allows to keep them clean and hydrated. The drug "Eplan"® – Antiseptic napkins, sterile "Eplan" ® from "100 wounds" ® (RU No. FSR2009/05127) is a joint development of VPC LLC and Oberon, D. Moscow, using breakthrough technologies of Russian scientists based on rare earth metals. The use of the drug solves the problems of import independence, improving the efficiency and quality of first aid, optimizing health care costs.

The main cause of the existing problem in any dramatic situation is the lack of a universal service tool in the first aid kits and stylings, which has an antimicrobial effect.

In addition, the drug "Eplan"® can be used: in the ineffectiveness of other antibacterial drugs; In cases of drug intolerance of medicines by patients; in cases of microbial insemination that extends beyond the spectrum of antimicrobial activity of traditional treatments.

According to the assessment of the Biomedical Problems section of the Expert Council of the State Duma Committee on Defense, the Expert Council of the Association of Distinguished Physicians of Russia, leading health professionals, as well as on the basis of long-term postclinical research (VMedA im. S.M. Kirov) and operational tests in the units and units of the Russian Ministry of Defense in the conditions of daily activities, in the course of combat operations, conducted in accordance with the instructions of the Chief of the General Staff of the Armed Forces of the Russian Federation, the drug "Eplan" ® in terms of effectiveness, breadth spectrum of action and the totality of medical characteristics has no analogues.

Tests have shown its high effectiveness in comparison with regular medical means in the provision of first aid and treatment of wounds of various etiology and localization. Clinical efficiency, a wide range of indications, guaranteed prevention of secondary infection, abrasiveness of the bandages "Eplan"® and ease of use, no side effects, analgesic effect, long shelf life, compactness and compatibility with equipment show the relevance and necessity of introducing this tool at all stages of medical and preventive provision
in the interest of maintaining health and improving the quality of care.

The command of the types of troops, units and units of the Ministry of Defense of the Russian Federation reflected in the reports and reports the expediency of equipping the troops with the specified medical product and accepting it for supply. In the practice of ensuring the day-to-day activities of the security forces, it is important that this tool can be used effectively in the process of providing self- and mutual assistance, including by the military units, when found in first aid kits and stylings. Airborne Troops, Special Operations Forces in cases of microtrauma, prevention of skin diseases and subcutaneous fiber, pustular diseases and superficial wounds.

Providing this means to government agencies and agencies, the entire health care system is an urgent need, plays an important role in ensuring the mobilization readiness of the state, would solve the problem
providing highly effective and at the same time accessible medical care for injuries and injuries, possible mass injury in conditions of both peaceful and wartime.

"Eplan"® from "100 wounds" ® it is advisable to use in the practice of medical services, namely: in surgical departments, departments of pus surgery, intensive care intensive care units, in medical centers of units and units, military clinics . 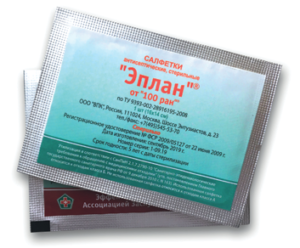 Thus, providing this means to government agencies and agencies, the entire health care system is an urgent need, plays an important role in ensuring the mobilization readiness of the state, would solve the problem of providing highly effective and at the same time accessible medical care for injuries and injuries, possible mass injuries in conditions of both peaceful and wartime. 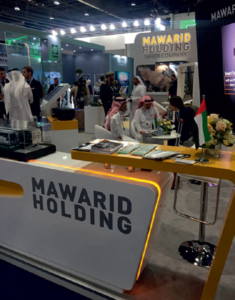 The company for the first time took part in the international exhibition of arms and defense industry IDEX 2019 UAE Abu Dhabi. As a result, a number of cooperation agreements have been concluded with the state and commercial structures of Africa, the Middle East and South-East Asia.